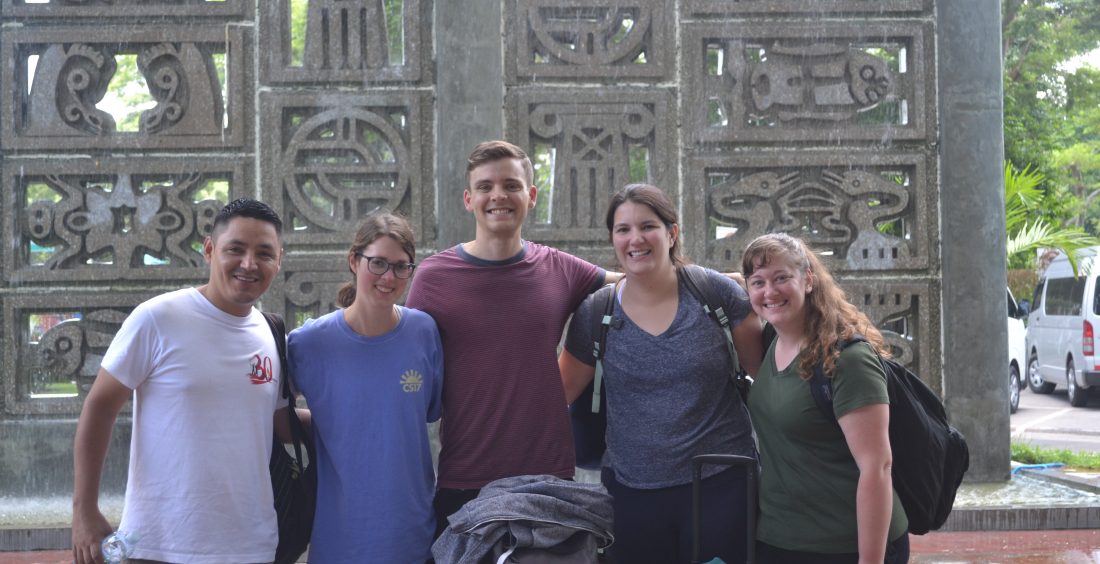 During September, as part of the Indiana University School of Medicine ENLACE program, four fourth-year medical students traveled to El Salvador for a family medicine rotation at the Health Center, La Mora Clinic, National Hospital, and Suchitoto Association of Midwives. They worked alongside Salvadoran doctors and the midwives three days each week. They also learned about the similarities and differences between the cultures and healthcare systems.

They visited historical and cultural sites to learn about Salvadoran history and immersed themselves in the local culture by living with local families in the La Mora community, outside Suchitoto.  They also attended language classes each afternoon.

This program allows us to continue build ties of friendship and fraternity between El Salvador and the United States, which is one of the objectives of CoCoDA.