Internship Opportunity with CoCoDA If you are a social committed person and want to get experience at working with community development, check out this link for more information. 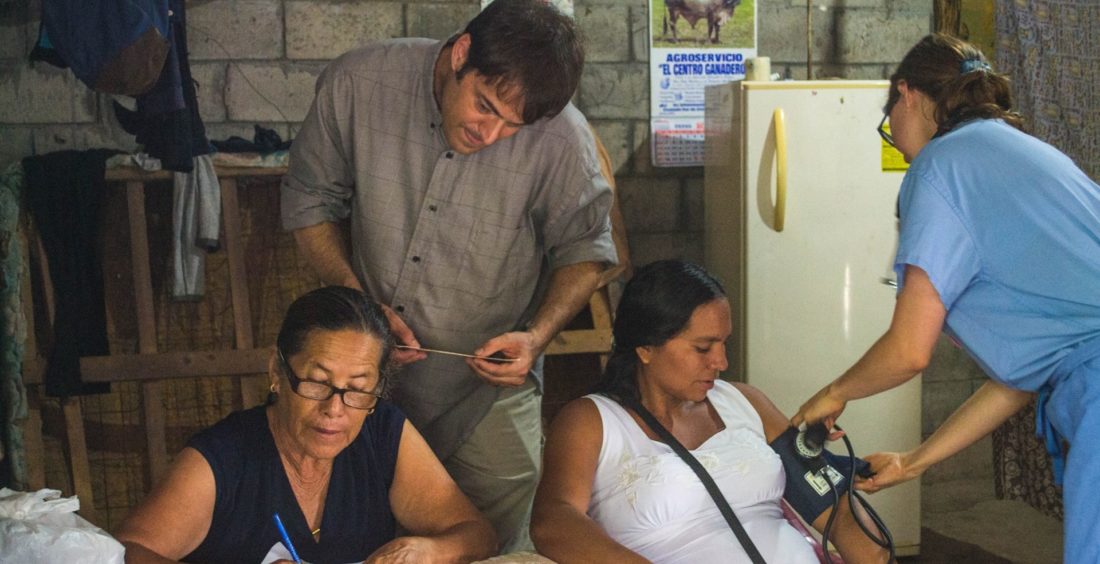 According to the United Nations “Midwives are the backbone of maternal health systems, as they perform tasks that go far beyond attending deliveries, they provide support to women in their most vulnerable moments and day after day, they defend the human right of women to have safe pregnancy and delivery”.

Since 2014, CoCoDA has worked alongside the Suchitoto Midwives Association through the ENLACE Global Health program that brings students from the Indiana University School of Medicine to work alongside midwives providing medical care for pregnant women in the Central American communities where they reside.  The objective of the program is to learn about the similarities and differences between the health systems of the United States and El Salvador and to build linkages between both countries.

Who are the Suchitoto Midwives Association?

The Suchitoto Midwives Association was established in 1994 after the civil war in El Salvador, after having returned from the refugee camps in Mesa Grande, Honduras and having been trained by the United States International Medical Relief Fund.

Many of the midwives that make up this association were formed from the need for pregnant women concentrated in these refugee camps because of the civil war that El Salvador was going through between 1980 and 1992.

After the signing of the Peace Accords on January 16th, 1992, thousands of people decided to return to their homes, encountering many challenges upon arrival. One of them was the precarious access to health, affecting various social sectors, including pregnant women.

However, the survival conditions in the refugee camps had taught the midwives to be protectors of life with no other pay than the gratification of assisting women in their hours of labor with the least risk within the possible conditions.

Currently, access to health has improved compared to 30 years ago, but the living conditions of families in the heart of the communities continue to demand special attention that guarantees their right to health in both rural and urban areas.

Right now, due to COVID-19, midwives are in the first line of response in maternity hospitals, health centers and shelters for women throughout the world, where they risk their lives and well-being to save the lives of women and newborns. In many countries, midwives are dying from a lack of personal protective equipment (PPE) and a general lack of support.

Thanks to your donations through CoCoDA, the Suchitoto Midwives Association would keep traveling to remote communities of the Suchitoto municipality in El Salvador, providing medical care as health promoters, sex education, prenatal vitamins, and method orientation contraceptives. They also provide immediate assistance in case of birth emergencies to women who live far from hospitals or other maternal care centers with adequate protection to avoid the contagion of this deadly virus Covid-19 and its different strains.