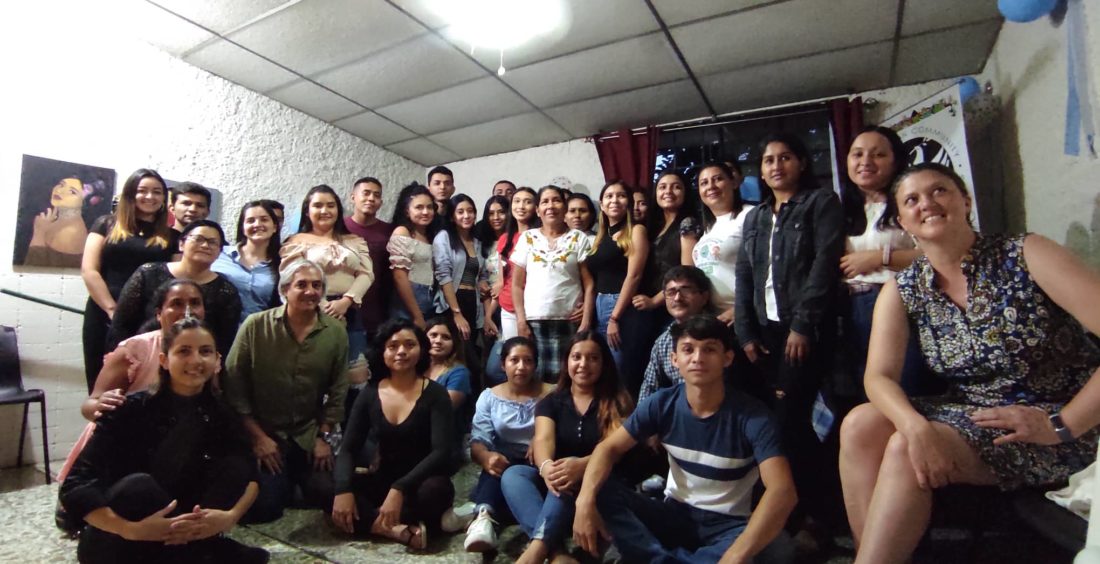 After two and a half years, CoCoDA Executive Director Jim Mulholland, CoCoDA board members Iván Villasboa, Deborah Payne and Genevieve Ryann as well as Indiana University representative Jennifer Custer returned to El Salvador to reconnect with partners, visit recent projects and inaugurate two of our greatest collaborations during the pandemic.

On Thursday, June 9th, our longtime partner ADES and CoCoDA inaugurated the scholarship program resident dormitory and renamed the building “Casa Iván Villasboa” in honor of the years of dedication and fundraising by former CoCoDA Executive Director, Iván Villasboa.  The purchase of this house was the dream of Iván for many years and he raised much of the necessary dollars with pledges from mountain climbing expeditions.

During the ceremony, Antonio Pacheco, director of ADES, and Deborah Payne on behalf of the CoCoDA Board, both honored Iván and celebrated this nearly 20-year collaboration that has resulted in over 100 college graduations.  Iván gave a tearful speech directing credit to others.

Executive Director Jim Mulholland noted, “Iván came to the US as a college student with the goal of entering corporate America and becoming a millionaire.  Instead, he visited El Salvador as a DePauw University student and fell in love with its people.  Over the next 25 years, earning pennies, he brought nearly 4 million dollars of investment to El Salvador.  He became a millionaire for the people of El Salvador.”

Casa Iván Villasboa presently houses about 30 students from rural Salvadoran communities that would not be able to attend university without this needed resource.

CoCoDA provides about $25,000 a year to support this project.